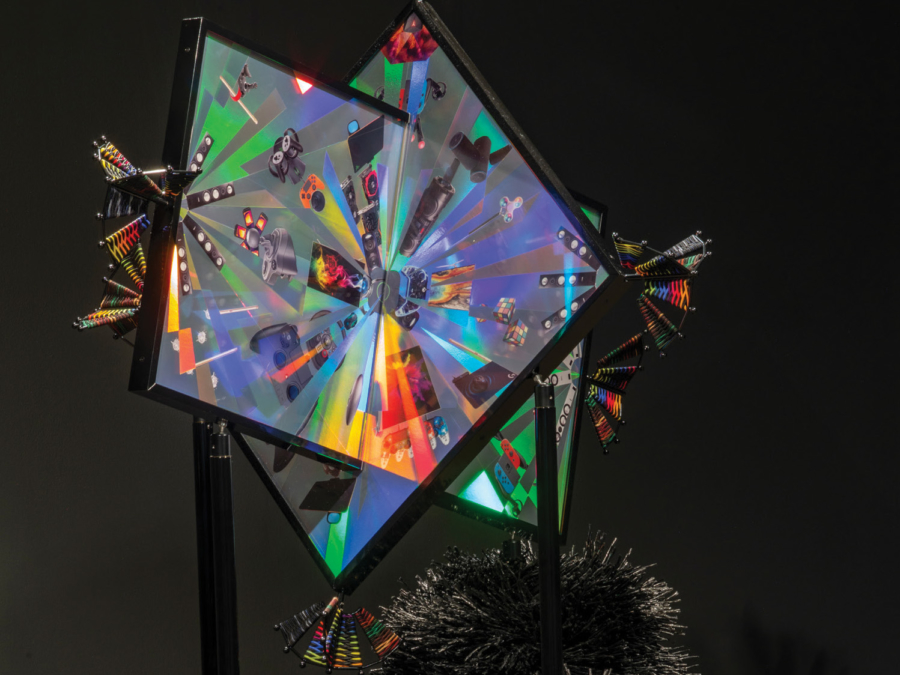 The year of the pig has barely begun with lunar festivities still winding down, yet there’s no sign of rest and relaxation ahead. As Auckland Fringe Festival kicks off on Tuesday, a thrilling line-up of Asian New Zealand creatives take to the stage to deliver physical theatre, dance and drama that is sure to leave audiences demanding more.

Across the country, we have seen the opening of some of the biggest exhibitions by local and east Asian artists to happen in Aotearoa within the past few years. Whether it’s Terracotta Warriors or a sleek vision of hyper-connectivity, the stars have aligned to make this summer one of the hottest for seeing Asian creatives on the centre stage.

Here are our nine top picks of things to see and do this week. 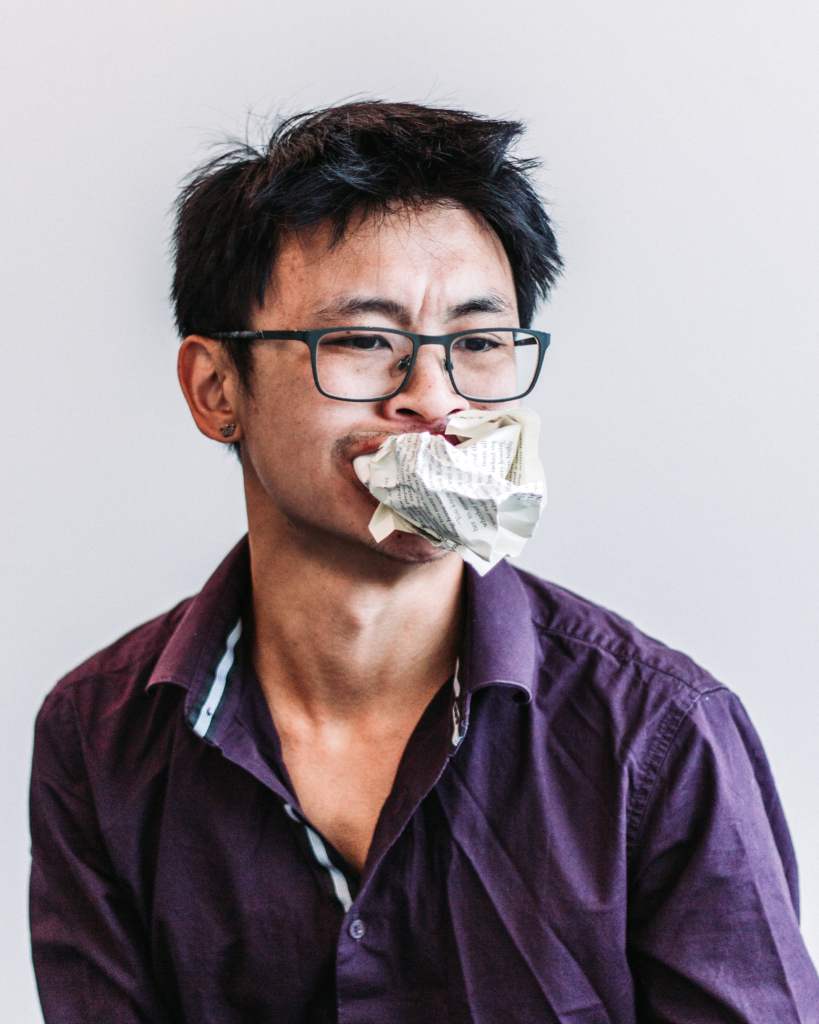 Director of I Am Rachel Chu, Nathan Joe

I am Rachel Chu

Whether Crazy Rich Asian made you rage against the whitewashing of mainstream cinema (yet again), or had you unexpectedly crying and wishing your amah had taught you mahjong, it’s undeniable what this film has done to place Asian American film-making at the fore and it’s flow on affect within the debate on representation in Asian diaspora worldwide.

I Am Rachel Chu is created by award-winning playwright and Fringe stalwart Nathan Joe, alongside Amanda Grace Leo, Ravi Gurunathan and Angela Zhang. Here is a performance that clearly has a bone to pick with the fairytale plot of the blockbuster film. Attempting to subvert the Crazy Rich Asians narrative with entangled personal histories and nuanced, multi-faceted characters from the South Pacific, this play seems to ask whether representations of Asians on screen and on stage can radically transform mainstream assumptions about race rather than simply being palliative.

At a time when Asian New Zealand theatre makers have been more prolific than ever, this is a daring proposition that these actors and producers have set before us. Whatever you think, I Am Rachel Chu is bound to leave you laughing, crying, or painfully cringing throughout – what it’s not likely to do is leave you walking away feeling indifferent. 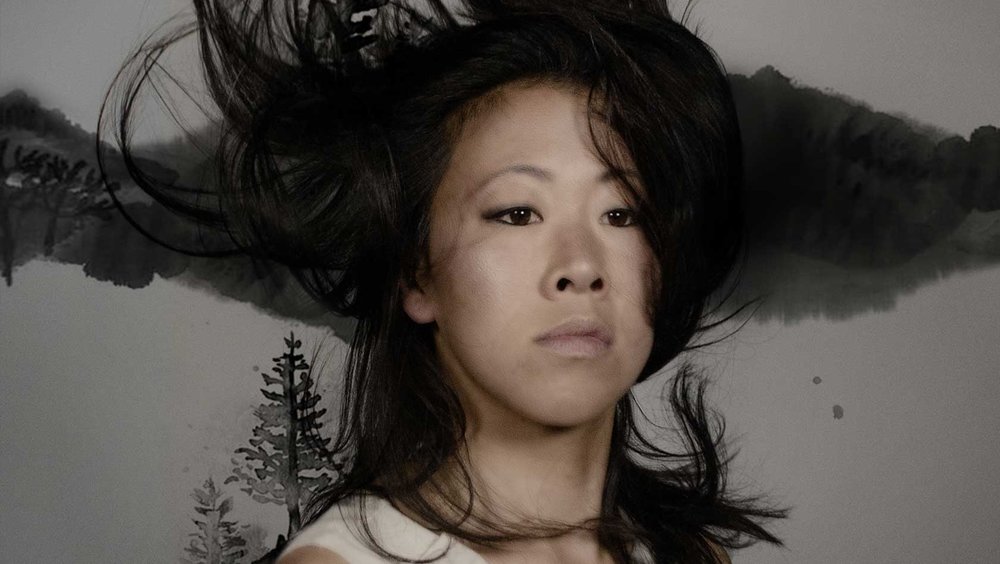 Another Auckland Fringe offering opening on Tuesday is Nikita Tu-Bryant’s Tide Waits for No Man: Episode Grace. Billed as a non-verbal show using movement and shadow and object puppetry, Tide Waits tells the story of a young Taiwanese artist living in Aotearoa who grapples with issues of filial piety, loss and self identity when she is called back to her yeye’s home.

Premiering in Wellington to warm reviews, its experimental nature and demanding choreography creates a show “rich with powerful symbolism, every scene offering a potent vista for the audience to savour.” (Hye Ji Lee, Theatreview). For a debut director, Tu-Bryant seems to have created a rare synchronicity, weaving together threads of dance, music and pure story-telling that is exciting to see amongst Proudly Asian Theatre’s repertoire. Let’s hope that more projects like this get the support they deserve.

Get behind the scenes in this recent interview with Nikita Tu-Bryant. 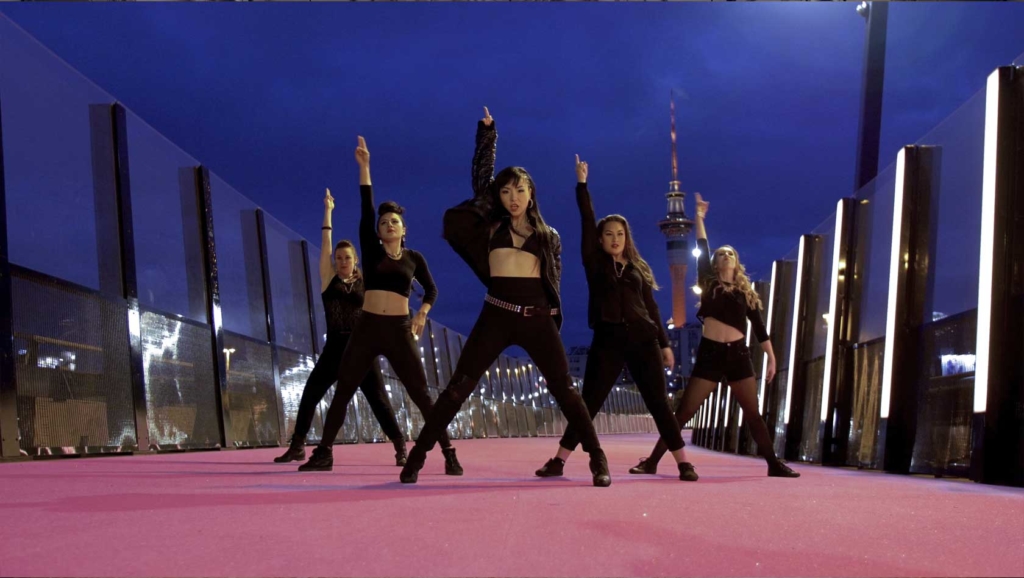 It’s hard to deny the influence that K-pop and Korean culture has in our collective consciousness, having already taken over our Netflix browsing, our Spotify playlists and our bathroom counters. Featuring performances by Rina Chae with Street Candee, 603 and Jua, this all-ages K-Pop Party promises to deliver daebak hits alongside special guest performances, games, and a chance to show off your best moves. 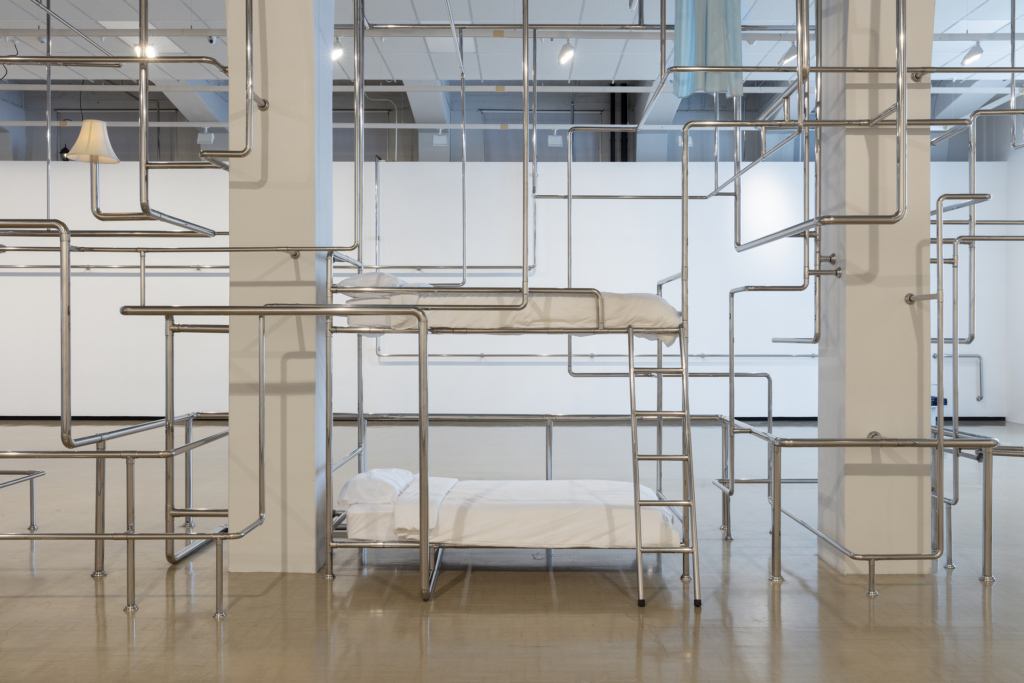 You can’t help but marvel at the ambition and tongue-in-cheek humour of In Transit at City Gallery Wellington, Yona Lee’s latest iteration of her large-scale, site-responsive installations. With major installations at SeMa Nanji and Alternative Space LOOP, Seoul; Te Tuhi, Auckland; and a concurrent show at Art Gallery of New South Wales, Sydney, Lee is definitely one to watch.

Taking the ubiquitous stainless steel tube as a vernacular for sites of transit, Lee creates a field for controlled movement and stasis, entangling our bodies in surreal encounters with everyday objects ranging from umbrellas, tables and mirrors, to a working bus buzzer. The work snakes its way around the gallery’s architecture revealing often overlooked pipes, rails and beams.

There’s a strange quality to the works, akin to stepping inside a two dimensional drawing, which shouldn’t be surprising given In Transit was influenced by the artist’s travels on the underground in Seoul, an experience which flattened her perception of space and time. Take a moment to rest on the upper bunk bed to truly immerse yourself in this work. It’s a delight to break the taboo of touching in art galleries, bringing the space of intimate repose into the public sphere.

Two Oceans at Once

This group show takes as its starting point a story by Uruguayan poet and journalist Eduardo Galeano. In this story, Galeano recounts the history of the discovery of the Americas, an act of narrating history and naming that sets the stage for the works in Two Oceans at Once.

Striking batik works by Rozana Lee deftly trace a complex history of migration where arrivals, departures, displacement and belonging converge. As the exhibition text states: “recognising that there is no singular past, present or future, the exhibition looks to reorient historical time within the real experiences of communities.” This is a show that needs to be devoured slowly, allowing each work to unfurl at its own pace.

Triple Vita Nestings is the first exhibition of internationally renowned artist Haegue Yang in Aotearoa. Showcasing more than a decade of works by the Korean-born, Berlin-based artist, this mysterious and eclectic exhibition at the Govett Brewster deserves your attention. Yang may not be not be a household name here, but her practice which encompasses video, installation and sensory works has been shown at venues such as the Centre Pompidou, Paris; Leeum, Samsung Museum of Art, Seoul; Ullens Centre of Contemporary Art, Beijing; and the Tate Modern, London.

Emotionally charged readings of historical events, migration and political struggle are diffused through venetian blinds and totemic sculptures that blur the boundaries between abstraction and figuration. Alongside an exciting programme of films centred around colonial era India, Japan and occupied Korea, this is an exciting introduction for Aotearoa audiences to the elusive works of this renowned practitioner.

Like a highly anticipated video game, Te Papa’s Terracotta Warriors: Guardians of Immortality has generated a lot of hype this summer. And fan’s seem well-pleased that this event has been worth the money and the wait.

The story of this exhibition unfolds like an epic. After travelling more than 10,000 kilometres from Xi’an, China, the 2,300-year-old terracotta warriors arrived at Te Papa to a welcome by local iwi Ngāti Toa Rangatira and Te Ātiawa, and Te Papa’s iwi in residence Rongowhakaata. The 10 pieces on display, weighing up to 300kg each, include two horses and eight full-sized warriors, alongside 160 ancient Chinese artefacts crafted from gold, jade, and bronze.

No doubt this is a rare opportunity to see these remarkable figures up close, and to marvel at the craftsmanship of these taonga that predate Cleopatra, the construction of the Colosseum in Rome, and the major eruption of Taupō. 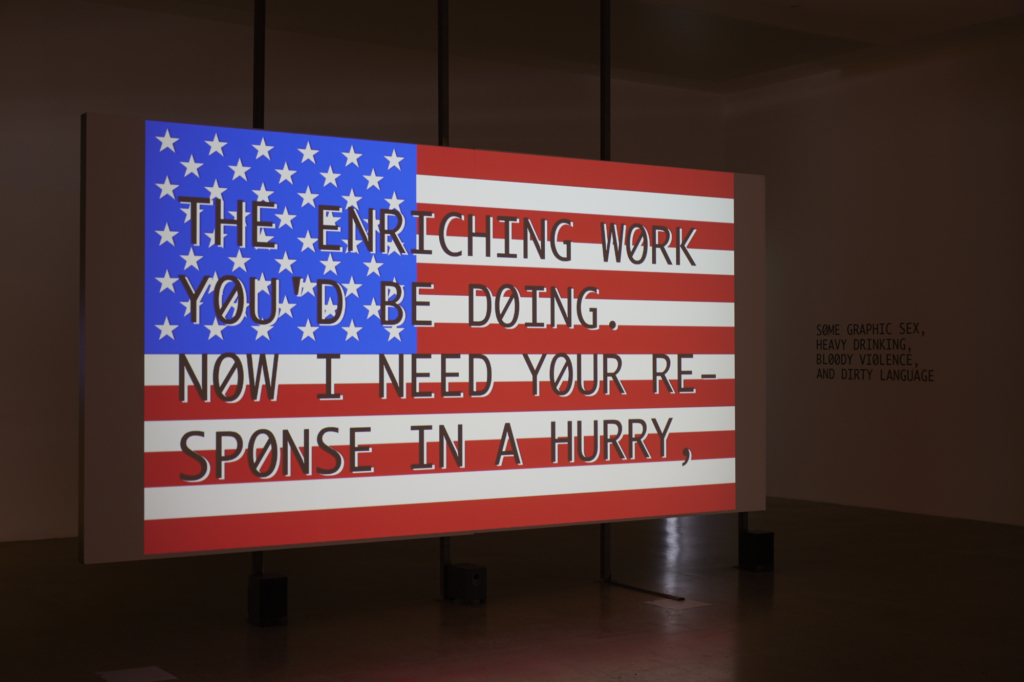 Installation of YOUNG-HAE CHANG HEAVY INDUSTRIES, Want to Do Good? Know How to Shoot a Semiautomatic Handgun?, 2012 at Te Uru. Photo by Sam Hartnett

This is the final week to see this exhibition by Seoul-based art group Young-Hae Chang Heavy Industries, pioneers in what was once known as ‘net art’ in the late-1990s. Consisting of an hour-long programme of nine works, these witty and at times morbidly humourous works “explore the possibilities of media, technology and power in an increasingly connected world of virtual relationships, intensified by the politics of globalisation and migration” says Te Uru Director Andrew Clifford.

This showcase includes WA’AD, an 18-minute piece about a Palestinian astronaut who lives on Mars with other astronauts. A dizzying piece of space-age fiction that imagines a future where religious and cultural prejudices disappear, the work manages to balance grave subject matter with a wild sense of optimism.

Another blockbuster exhibition, featuring works by sixteen prominent contemporary Chinese artists, who together present a spectrum of Chinese art produced over the past four decades. Perhaps a reason that art from this region has only recently been receiving critical attention is that ‘Asian contemporary art’ as a field of study only emerged in the 90s, and then reached the west through the global art market. This is certainly the stance that this show seems to suggest, as it describes itself as an exhibition about “how the narrative surrounding contemporary Chinese art is emerging within significant art collections across New Zealand and Australia.”

Which is a shame as a show of this kind is long overdue. Including work by Ai Weiwei, Song Dong, Yang Fudong, Liu Jianhua, Xu Bing, Yin Xiuzhen, Jin Jiangbo, Wang Qingsong, Xu Zhen, Wang Gongxin, He Xiangyu, Liu Chuang, Lin Tianmiao, Jennifer Wen Ma, Chen Haiyan and Huang Yan (deep inhale) this is a stellar line-up and potentially worth making a visit to Dunedin alone for. Hopefully we will be seeing a lot more from these artists.