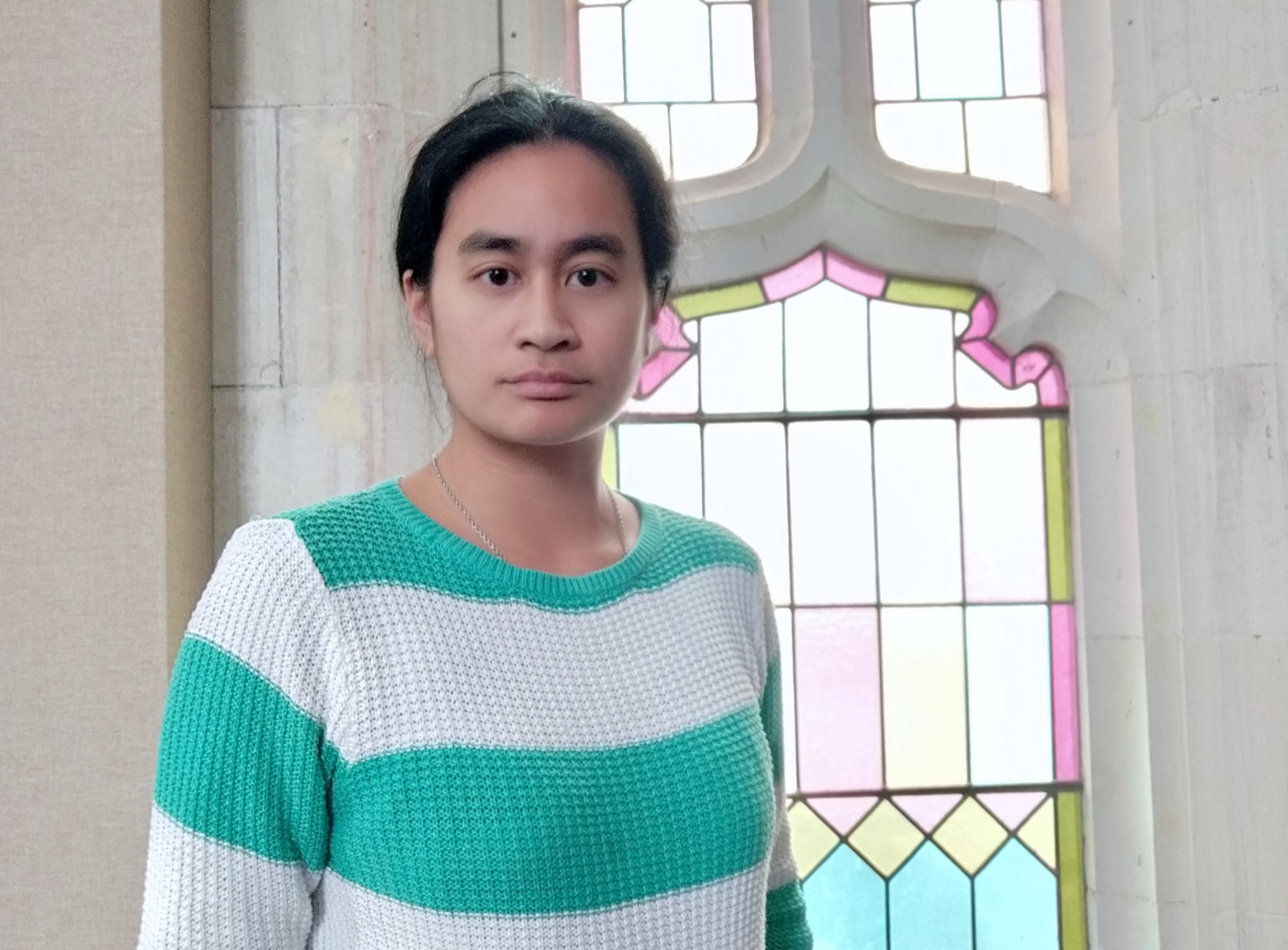 Feby Idrus is a writer, musician and arts administrator from Dunedin (but born in Australia, to Indonesian parents). She has been published in takahe, Headland, and the Canadian horror magazine Unnerving, and in 2018 was one of four playwrights selected to take part in the Fortune Theatre’s Emerging Playwrights mentoring programme. She also writes programme notes for the New Zealand Symphony Orchestra – rather a different proposition to writing short stories.

Amy Weng: What inspired you to write on motherhood?

Febriani Idrus: It’s terribly boring and predictable really — I’m currently in a relationship with a Pakeha man with three children. I’m also thirty three, so I’ve already had years of people telling me things like “You’ll understand when you have kids”. Funnily enough, when I had kids enter my life, the thing I grew to understand wasn’t priorities or responsibility or patience or any of the issues people assumed I’d grow to understand while transitioning to a more parental role. What I better understand is the domesticity of prejudice. Nowadays there is a better understanding of how racism is institutional, encoded into how organisations and government works, and certainly racism has been brought vividly to the public’s attention via public and vocal movements like Black Lives Matter, and public tragedies like the Christchurch mosque shooting. But being a person of colour helping to parent white kids highlights how unconscious prejudice can infiltrate the most intimate and domestic of settings. Prejudice isn’t just about major demonstrations and massacres. It’s also about the micro level. It’s about a person of colour, raised in a predominantly white country, looking at the white kid in their home and not understanding how they were made, on a cultural level. It’s about realising you don’t know white culture as much as you thought you did. It’s intimate. Relationships and blended families are inherently about two worlds colliding, but you’re playing a different ball game when the relationship is interracial.

I do have to stress that this story is fictional! My partner is less culturally oblivious than the protagonist’s husband is. I also want to note that this story originally had a happy ending, ending with an image of family togetherness. Ultimately, though, the story was clearly more successful in its current version. Take that as you will.

AW: I’m interested in the narrative device of Frankenstein and how this helps to create a sense of duration and the slowly changing family dynamics. There are also certain themes this alludes to. Can you elaborate?

FI: I first read Frankenstein at university, for a third year English paper on Romantic literature. There are two images that I vividly remember from reading that book at that time: the ending, with Victor and the monster running after each other into “darkness and distance”; and the image referenced in my story, of the creature crouching down in the darkness and looking in through a hole in the wall at the family he longs to be a part of. It is also worth remembering that in the book, the creature is highly intelligent and articulate, unlike in the movies from the 1930s. In the book, the creature absolutely could be a part of ‘normal’ society, if people would just let him. That sense of forced alienation is, I think, very poignantly felt by many people who are part of a so-called minority. Just let us be part of life, is what that image says to me. The domesticity of the image is also important thematically for the story.

I also have had some worries, I guess, that my short stories are a bit too ‘white’ and that I should be drawing more inspiration from the culture of my Indonesian parents. Now I think: I was educated in New Zealand, in an English-based curriculum; I studied English; the literary ur-texts in this country are works by Shakespeare, Jane Austen, and Owen Marshall. This is how I was educated; those texts are in me now, and have shaped me as much as any Pakeha person also educated here. I am as much heir to Victorian literature as anybody else. In addition, English composer Benjamin Britten borrowed gamelan sounds for his music (check out his opera Death in Venice, particularly any music associated with the boy Tadzio). If he can borrow gamelan sounds, then I can borrow Frankenstein.

And regarding the sense of duration, using the book was a handy narrative device and also quite realistic, I think — when my sister read this story, she said, as a busy working person, she appreciated the realism of it taking the protagonist a year to get through a single book. Ha!

AW: Do you think of your work then as continuing within a history of literature?

FI: Hmm. I probably wouldn’t use the word “continuing”. It’s more that my work (like everyone else’s work, in my opinion) was born of and answers back to past works, in the same way a son or daughter is sculpted by and answers back to his or her parents. To me ‘continuing’ implies a linear history, a straight line; I think the connections between present and past works are more often big loops, arching back and forth, or like braided rivers, with one tendril branching off and meandering and coming back to join the river further ahead. The connection I’ve drawn between the creature and the protagonist is a 21st century, slightly subversive twist to the original 19th century idea, almost more of a call and response dynamic; the connection isn’t linear or direct. So I’d say my work is in part a response, in part an echo of what has gone before.

AW: What do you enjoy about writing short stories?

A short story also gives you the chance to try new things, again in a capsule. A short story can be a testing ground for any kind of technique or style or idea. That’s certainly what I’ve used the short story form for. For example, I’ve written short stories from the point of view of a pair of shoes; in the style of a dark fairy tale; in list form; etc etc. As such, the form allows you test yourself, and to eventually settle into the style that feels most natural to you.

AW: What are you currently reading? And who are the writers that motivate and challenge you?

FI: As always, I’ve got several books on the go. I’m currently listening to the audiobook of The City and the City by China Miéville, after having previously read his book Embassytown, which I thought was just extraordinary — somehow he managed to combine a plot about aliens with an interrogation of Saussurean semantics, and make it unputdownable. I’m also dipping in and out of an anthology called Machines That Think, which compiles the best short stories about robots from the 1930s to the 1970s (this one is research for a sci fi novel I’m writing). And I’m also reading Oreo, by Fran Ross, written in the 60s and about a half-black, half Jewish woman (i.e. the titular ‘oreo’) looking for her father. The foreword by Marlon James compares the book to Pynchon and Vonnegut — Ross plays with form and language in a way that’s bracing and fearless and invigorating, while also being hilarious. Both Ross and Miéville are authors I found both motivating and challenging. They click their fingers at you, demanding your attention, but they reward that attention too. They’re also both authors who combine irresistible readability with deep thought. And their styles both have angles and edges in them, and a sense of surprise; their style doesn’t have that glass-like surface of perfection. In other words, their books sound like they were written by real humans. I like that.