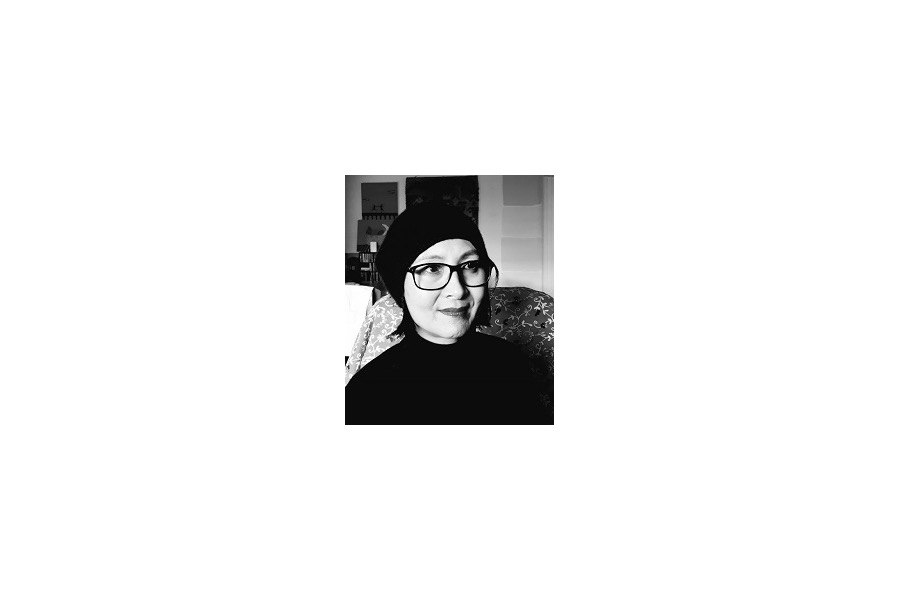 Grace Yee writes poetry, essays and short fiction. Her work has appeared in various publications across Australia, and in New Zealand, the USA, and China. Grace’s PhD research at the University of Melbourne focused on settler Chinese women’s storytelling in Aotearoa New Zealand. She currently teaches literary studies research at Deakin University, and is a Creative Fellow at the State Library of Victoria in Melbourne.

Amy Weng: In your thesis you noted that collaborative efforts by Chinese storytellers presented possibly the best defence in resisting colonial narratives around Chinese women. How do you feel about this idea now? How have things changed or stayed the same?

Grace Yee: From memory (it’s been four years since the thesis was completed) the term I used was ‘colonialist orientalist narratives’, and the conclusion about ‘collaboration’ made with reference to settler Chinese women storytellers in Aotearoa New Zealand, with an acknowledgement to the contributions of more recently arrived Chinese women writers. (In the thesis, I defined ‘settler Chinese women’ as those descended from immigrants who’d arrived from China before World War 2.) I recall I referred to this collaboration as an ‘intersubjective nexus’: a space in which all Chinese women writers are implicitly aware of their shared subjection and subordination by mainstream narratives. At the same time, this space is an empowering place because it accommodates diverse narratives from which emanate a range of critical gazes or different ways of talking back to the mainstream and challenging longstanding stereotypical conceptions of Chinese women.

I don’t think the situation has changed fundamentally since the completion of my thesis. The emerging younger generation of Chinese women writers are diverse – their lives often span multiple geographies, cultures, ethnicities and nationalities (in addition to ‘Chinese’ and ‘New Zealand’) – and this diversity is a strength. I get the sense that the ‘Chinese woman writer’ presence in New Zealand is more confident and assertive. Settler Chinese in New Zealand grew up with a model minority mindset: “don’t rock the boat”, “know your place”, “keep a low profile” – for generations we believed (and many in our midst still believe) that abiding by such imperatives kept the community safe. (In this environment, the work of pioneering writers like Lynda Chanwai-Earle and Helene Wong was remarkably audacious). I think there is a stronger sense of cultural safety now, and courage. Chinese women writers in New Zealand are less timid about claiming their place in the world; and less afraid to talk about their lived experiences of racism, which, unfortunately, is one of the things that hasn’t changed a great deal.

AW: You also teach creative writing in Australia. What similarities or differences do you see in the literary environment in Australia and New Zealand?

GY: I must confess I can’t make very informed comparisons as I have lived in Australia for a while now. But from what I have observed, both Australia and New Zealand literatures have become much more diverse in recent decades. In Australia, there are now several journals dedicated to writing by Indigenous people and people of colour, and writing organisations and arts funding bodies have been strategically creating space for Indigenous writers, writers of colour and other marginalised communities.

There is one interesting difference that I did notice when I was doing my PhD research. In New Zealand there is a recognised body of writing by settler Chinese writers, who are fairly well-known in the public domain (people like Alison Wong, Lynda Chanwai-Earle, Helene Wong, Eva Wong Ng). In Australia, I struggled to find Chinese writers who’d descended from early settlers, who identified as ‘Chinese Australian’. There are many Chinese writers over here, but it appears that they are either later immigrants or descended from later immigrants. I have heard that many descendants of early Chinese settlers in Australia felt compelled to conceal their Chinese ancestry. That may be one reason why these writers, and their stories, are so thin on the ground.

AW: I’m interested in how your poems borrow imagery from historical sources, combining these with poignant observations and, potentially, memories in order to create a layered universe, one that folds in on itself endlessly. Can you talk a bit about the process behind this? How do you research or gather these images?

GY: I love history and have enormous respect for the work that historians do. The collection I am currently working on (which includes the poems published here) draws on stories by and about settler Chinese Australians and their descendants in Melbourne and regional Victoria. I have been looking at a very broad range of materials, including newspaper stories, fictions, autobiographies, personal diaries, letters, interviews, photographs, etc, as well as the usual mainstream histories, legislation documents, academic essays. My approach for this project is very magpie: I collect the more interesting or quirky ‘facts’ or quotes, and document these in a journal alongside personal responses to them and ideas for further exploration.

The writing in this journal tends to roam. Extracts from historical resources segue into narratives of personal lived experiences, family history, responses to current events, philosophical arguments… When I write the first draft of a poem, I play with excerpts from the journal. What drives me on a subconscious level is a need to ‘undo’ certain hegemonic narratives and tropes; the process of selecting and assembling extracts, of fracturing dominant histories/stories, is perhaps one means to such an end. On a more personal level, I feel very strongly that history (whether ‘official’, family, personal) is never ‘past’ – it is pervasively, insistently present – and interweaving its threads and fragments through my poems is one way of expressing how it reverberates through my life.

AW: I have been thinking lately that writing isn’t so much an act of bringing something into being – whether a world, a character or an image – but a way of testing the real-ness of things by calling on witnesses or evidence however circumstantial.

GY: I think there are multiple ‘real-nesses’ or realities in the world, and one task of writing is to draw from one’s own reality or unique lived experience. If during the course of such writing, questions are raised about the (assumed) ‘real-ness of things’ so much the better – especially if that ‘real-ness’ is underpinned by entrenched narratives that marginalize and silence certain voices.

AW: Who (or what) influences your writing?

GY: So much. Lately, I have been quite enamoured by the language in 19th and early 20th century texts: histories, autobiographies, novels, newspaper stories, advertisements, programs for musical performances, etc. Also, photography is a huge inspiration, and not only for ekphrastic reasons. The diverse ways that photographers frame, compose, illuminate, shade, highlight, angle, focus – and the subjects they photograph – yield so many ideas for writing poetry. I’m inspired, of course, by other poets and writers. Bhanu Kapil, Claudia Rankine, Ocean Vuong, and Bella Li are some of the poets I’ve been reading – and re-reading – lately. I’m often inspired by random non-literary texts – for example, medical textbooks, National Geographic magazines, inscriptions on gravestones. And current events and everyday life.