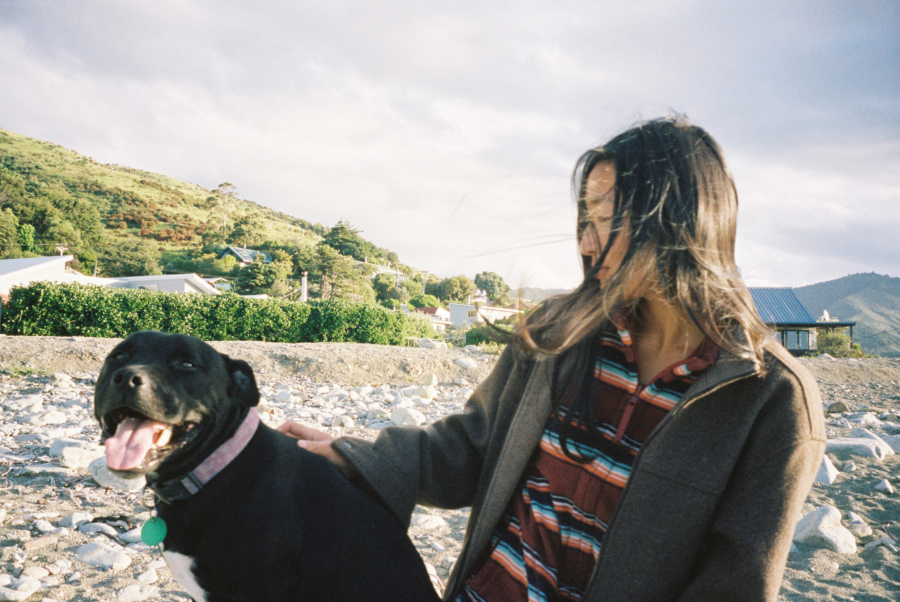 Joanna Cho is doing her MA at the International Institute of Modern Letters. Her works have been published in The Spinoff, Bonsai: Best small stories from Aotearoa New Zealand, Landfall, and Starling. Her poetry has just been published as the second Epigraph Project of 2020 on Hainamana. She lives in Wellington.

The protagonists in your poems negotiate romantic and familial relationships – with boyfriends, parental or authority figures. What interests you in these relationships?

Joanna Cho: Hmm… I’m interested in attachment theory. And now that you’ve said ‘authority figures’ I can’t stop thinking about it! I write about people I’m tangled up with or inspired by, and I guess I’m just interested in them as people, as well as the moments, thoughts and feelings we share or set off in each other.

There’s an irony and self-effacing humour to your works. In ‘The Mother of Publishing’,  you dissect the intent and neurosis behind social posturing. Other times, the girls in your poems seem to be addressing the reader directly, winking at us or sharing an in-joke. What role does humour play in your poems?

JC: A few weeks ago, Catherine Robertson came into class to speak to us and she talked about humour using the analogy of grating veggies into meals to feed kids who don’t like veggies—disguising the nature of what’s being given. And what’s being given is usually something quite serious.

‘if in doubt, laugh
even if doing so will offend someone
because the odds are you will offend them even more
if they think you are serious –
which in the current climate is the no. 1 risk –
or they will not notice you and will tramp right through your house.’

I guess I’ve just avoided answering that question, but I hope their words do it for me…

Are there certain techniques or methodologies you use to write?

JC: Not really, but in a very clichéd way, coffee and exercise help. I like having multiple things on the go. I try to sit down and write every weekday, hair tied up lol. And I strongly believe in what every creative writing teacher says, that a writer is a reader.

What would you like to see happen in the New Zealand publishing sphere?

JC: More books by Asian writers, and in Asian languages! I’d like to see more reliable representation, cross-country translation exchanges, i.e. books by Korean writers translated into English and sold here, and books by NZ writers translated into Korean and sold there, as well as books in non-English languages. The 2018 census showed that 15.1% of our population are Asian, but that’s not mirrored in the publishing industry. There’s a huge gap, and I’d like to see it filled in gradually and with care, rather than having an explosion of it in one go just ‘cos it’s trendy.

Which writers have influenced you?

JC: Is it a cop-out to say every writer who wrote a thing I loved? This question is really difficult to answer. If we stick to just this year, the writers who have made the strongest impression on me so far are Ottessa Moshfegh (My Year of Rest and Relaxation), for the way she balances humour, the grim and the luxe, Richard Hugo (The Triggering Town) for a funny and timeless lesson on writing poetry—of which he advises you don’t take too seriously, and Madison Hamill (Specimen) for her wit, honesty and social intelligence.