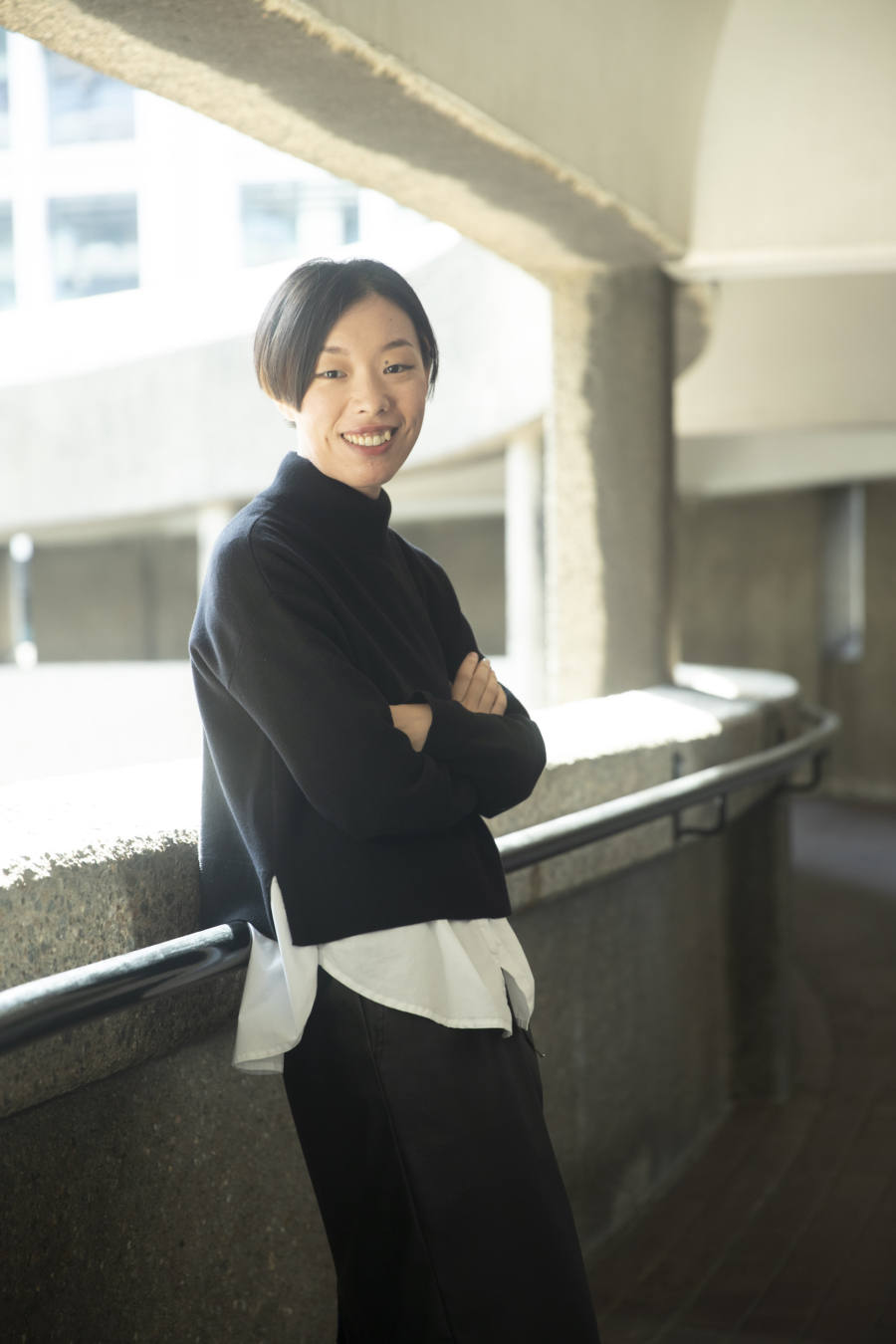 Yoshiko Teraoka is a London-based writer. Her research project on anarchist bookshops and libraries has previously appeared in the online visual platform UNDERSCAN.

Amy Weng: In your personal essay, you mentioned the absurdist notion of comparing grief to a slapstick boxing match. Can you talk a bit about your interest in the absurd?

Yoshiko Teraoka: Just before I began writing this essay, I had just reread Witold Gombrowicz’s Cosmos which spiralled me down a path of revisiting some of the absurdist literature I used to read as a student prior to my father’s death. I think it was an unconscious attempt at recollecting parts of my fuller, more human self – something which I feel I lost in adulthood.

Many writers have explored traditional boxing through writing or in practice, but I looked to the slapstick boxing match to find consolation. The sense of defeat I felt in comprehending loss became intertwined with the suffocation of bearing the weight of the world that measures us and abstracts us, which pits us against each other as winners or losers. So, the absurd boxing ring had metaphorical resonance for me as a space of struggle against structure and meaning. When Chaplin or Keaton stood foolishly inside the ring, they fought against the logic of competition and masculinity. I see it as a quiet victory which triumphs established meaning – albeit a rather anti-cathartic one. In Jerry Lewis’ boxing ring, I saw myself and my father, respectively, as the wimp in Melvin Jones and the conscientious opponent who plays by the rules but lucks out. What I sought to do was acknowledge our mutual confusion and losses within the common parameter of the boxing ring.

I think that we are increasingly encountering a crisis in language and narrative. When I stumble upon the news these days, the headlines that dominate go something like, ‘Is the world winning the pandemic fight?’ or ‘At last! Britain Beating Virus!’, which in its exclusion points to a lack of imagination. The absurd boxing ring posed as a way to undo this narrative and emancipate myself, as contradictory as that may sound.

AW: Early on in your work, you mentioned Thoreau’s Walden, which seemed to mark a turning point in the essay. You are reflecting on how your understanding of the world has become more complex, which causes you to leave behind certain ideas you had. Does the process of writing help you navigate those challenges?

YT: Certainly. In the editing process, there were moments where I was able to shift perspectives – such as when I was addressing my grandfather’s death. Somewhere along the way, the sentence changed from ‘they never told me anything’ to ‘I never asked for the whole story’. In a way, I was trying to take responsibility through the writing process. Reading Thoreau for the first time, I probably naively misinterpreted his idea of simple living and solitude to mean that you could divorce yourself from the world or your parents to set yourself free. Both writing and revisiting texts meant trying to dissolve this black and white thinking to accept the conclusion that I am my father’s daughter. Combining fiction via the juxtaposition of the boxing scene also served as a way to play around with and rewrite my own past life events in order to relate.

AW: I was really intrigued when you talked about how society is averse to ambiguity, that feelings of confusion and doubt seem “unworthy of expression.” This is something that I related to strongly. Did you want to expand upon that?

YT: From an early age, I remember thinking that my experiences as a migrant were no different from any other person and that it was the task of someone else – perhaps with better command and mastery of words, to articulate the ambiguities of existing in a space of uncertainty. There was also a sense that language was something that was borrowed, as opposed to something I could harness myself.

Then, navigating through the school which rewarded me for clarity and later, stumbling into a profession that demands it, this ingrained desire for “efficiency” is incongruous with the complexity of emotions we feel when dealing with loss. These feelings aren’t quite graspable in the words ‘I miss you’ or ‘I am sad’ but merely float around them, like the fruits that hover above Tantalus’s head as he is condemned by the Greek gods to stand in the pool of water.

I think that we are inhabiting a world where there is less and less space for voicing ambiguity and uncertainty, and therefore less patience to practice empathy. When you reach a point of paralysis, overcoming the fear of adding to the sea of I’s to express certain ambivalences becomes a means of survival. I think that I’ve failed to directly express how I feel about my father but I’d like to think that in circling around memories and thoughts, I can try to restore parts of what I’ve lost.

AW: I also understand that you have an interest in alternative or anarchist publishing. What is your interest here?

YT: Publishing is just one of the tools used in informal learning spaces such as social centres, do-it-together libraries and radical bookshops. It was my experience of going through academia which breeds individualism, a growing cynicism with the art institution and the non-profit complex which led me to explore these alternative models in the peripheries during a stint in the Netherlands. In such informal spaces – typically not-for-profit and collectively managed based on horizontal organization (or at least tries to be), decisions on what to distribute or publish are made collectively and sales made from the books are used to support like-minded initiatives to publishing a book by a member of the collective. They’re also part of a local and international mutual aid network, so a local radical printing collective would help print and distribute ephemera and a bigger bookstore would help other small distros to source books for an inexpensive price. It is not simply a matter of “diversifying” the industry, but restructuring labour and social relations which offer radical possibilities of politicisation, collective resistance and worker-empowerment.

AW: What writers or filmmakers inspire you at the moment? What are you reading or watching?

YT: I’ve been absorbing a lot of Spalding Gray’s works – from his monologues, books, films etc. When I was sitting alone at my table writing this essay for the first time, I imagined it playing out as a sort of monologue – this at least made the writing process fun for me at times. Spalding Gray’s work was fueled by regret, so retelling his life stories through his carefully constructed yet manic monologues was a way to re-form life events. Free-association was a coping mechanism for him. He said, “as soon as you don’t have any form of God or meaning in your life, then you make it up as you go along. And certainly, doing the monologue is making it up, getting control over it, giving it structure to what is normally chaos to me every day.”

The fictional elements in Gray’s monologues are well-known too (this is highlighted to wonderfully silly effect in Documentary Now’s homage to Spalding Gray). I like the power of reiteration and translation – that you can reenact a scene, rewrite a script or translate a story to form an ongoing dialogue, so as to create a multiplicity of meanings.

I just read Amy Hempel’s collection of short stories, and in one story about appealing a parking ticket, the narrator talks about how animals after experiencing a near-death experience with a predator lie down and shake their body to physically release the trauma. I wonder about this in our current time of the global pandemic. I’m curious how we will deal with the collective trauma of those who were deprived of grieving and mourning the loss of family and friends. Will we rise to the challenge of practicing empathy and compassion or are we already failing? I hope we can open up spaces to embody and perform grief in a way that is inclusive of all of the emotions.

A Boxing Match with Jerry, or Death in Three Parts by Yoshiko Teraoka is now available to read online.