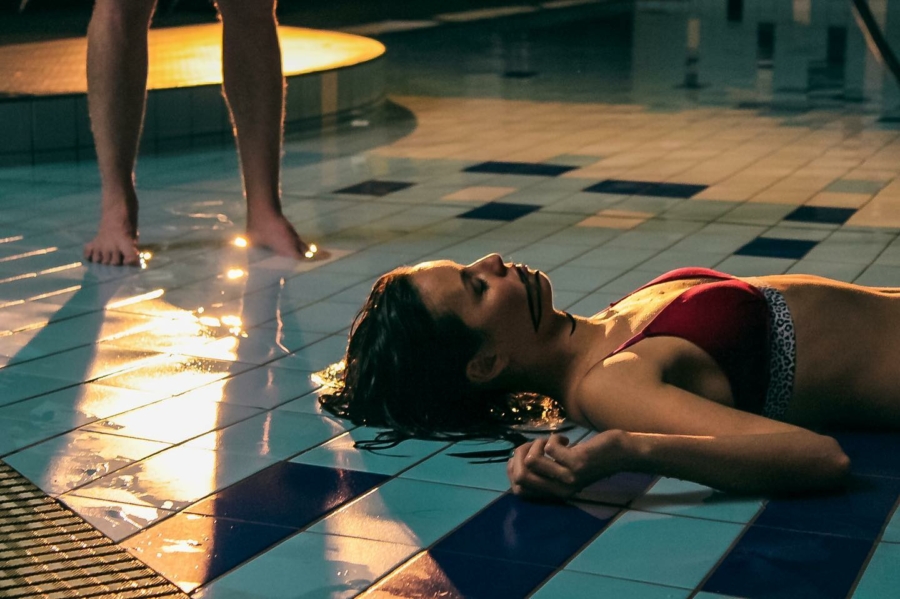 Life Is Easy is an 8-episode comedy web series that explores the complexities of race, gender and sexuality from the perspective of two best friends. Hainamana caught up with the acting/writing duo Chye-Ling Huang and Cole Jenkins behind this hilarious, hot new show. Watch online now on TVNZ OnDemand.

Life Is Easy is a fun premise to tackle some really pertinent issues around sexuality, race and gender. The body-swapping also leads to some hilarious and awkward scenarios with protagonists Jaime-Li and Curtis’ families and love interests. The pacing of the series is action-packed with one-liners coming at you thick and fast. What about the format (web series) appeals to you? Was there an urgency to what you felt like you wanted to communicate?

Chye-Ling Huang: Web series are a fairly new medium, attributed to trying new things, grassroots productions and subversive content. As a new production company, the format appealed to me as something experimental feeling and manageable that could give us the freedom to say whatever we wanted.

Cole Jenkins: The fast-paced web series format was actually quite a challenge for us as writers at first. We found that in our initial drafts we appeared to be writing for a longer, TV/drama series. So, we had to learn how to edit ourselves, which our directors, Amanda Tito and Christopher Stratton, helped us out with a lot.

NZ comedy and particularly comedy-drama can tend to be quite slow-moving. I think that is because of NZ’s tendency to lean into awkward humour and a lot of our comedy shows are based on improvisation. Which, although, is super funny and does work most of the time it wasn’t the vibe we were going for.

We said from the beginning that we wanted Life Is Easy to be fast-paced in the dialogue and the editing. It needed to be bright and bold and feel, and sound, and look different to anything else that is on NZ television or OnDemand at the moment, in order to give our audience a vibe that they are not used to seeing and, maybe, not expecting. Also, because there is only so much you can fit into a 15-minute episode we needed our jokes to get to the punchline quickly in order to leave room for the important story beats, which were not always mutually exclusive.

How important was it to you that the cast was so diverse with unexpected match-ups?

CJ: This was probably our top priority. We wanted to tell the types of stories that we were interested in while also representing marginalised communities that aren’t usually represented in the ways that they are on mainstream television or streaming platforms. Fortunately, for us, that went hand-in-hand. 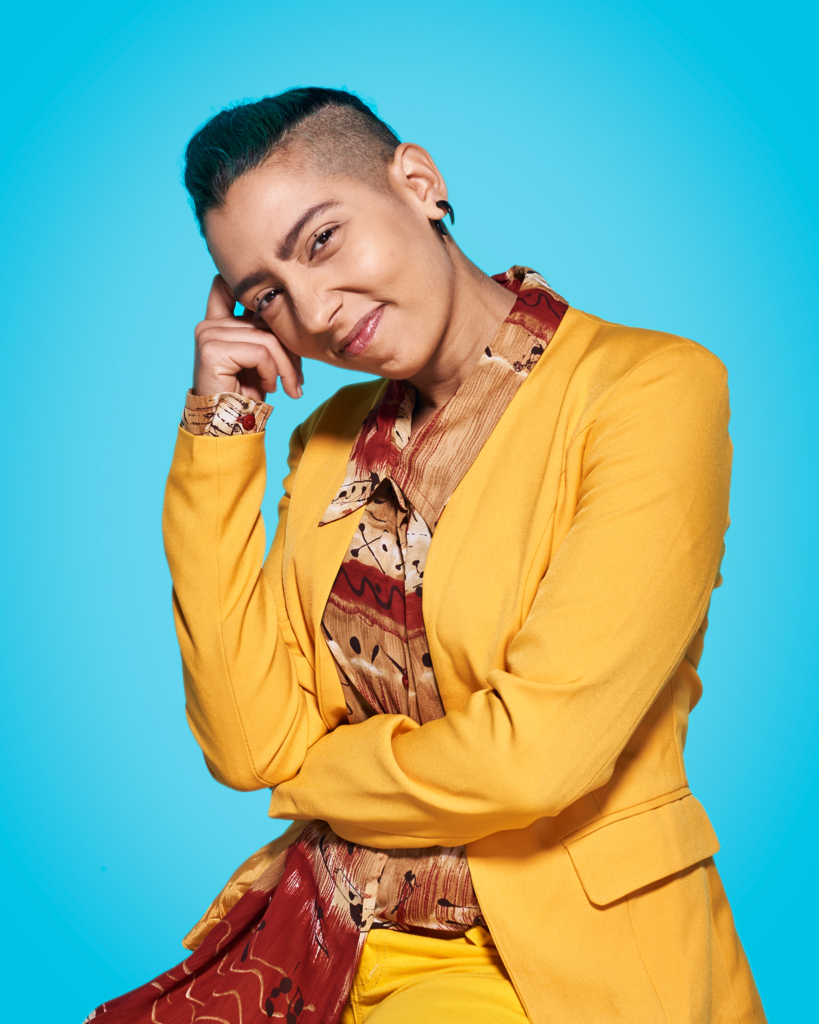 In the early stages of pre-production, we created a kaupapa document along with our producer, Ruby Reihana-Wilson, which served as a cornerstone for our actions, objectives and behaviours that we wished to apply to the process production process. Point 5 of this document is:

POC, women and Queer creatives (in all roles) are prioritised for jobs on this production –  at least 70% of the overall cast and crew, including script workshops, photographers for promo, marketing, etc.

This also included the characters and the actors who were cast. By working in such a way we prioritised filling our cast with a diverse group of people which, on screen, I think challenges the ways in which the general (white) public view archetypal characters. While the characters of Jamie-Li and Curtis purposefully play into those stereotypes, many of the other characters, particularly the POC and queer ones, intentionally play against them, or, as we like to think, just behave like normal human beings without having to be forced into a box based on gender, sexuality or ethnicity. This creates a much more interesting and realistic world. Something that we hope other productions will replicate.

CLH: Agreed. As people who are used to seeing one-note screen versions of themselves if any at all, until recent years, we were always keen to make sure the leads, as well as the world itself, reflected our lives. We both grew up in Auckland, and I think anyone who watches the show won’t feel like the representation is unusual – aside from maybe questioning why other shows aren’t as diverse as the world we actually live in.

Jaime-Li is a wild, curious and mercurial character, but she has her flaws- a typical gemini. Were there any inspirations for her character? Or do you think you were working against a type of character?

CJ: Of course not, Jamie-Li is completely fictional and not based on my experiences at all… not.

I think the inspiration for Jamie-Li’s character came from both Chye-Ling’s and my own experiences. She was born from our own flaws.

CLH: Cole and I mainly started writing what we know from our lived experiences, and then worked together to deepen the characters as they grew. I wanted to play against the morally righteous POC who is often placed in an ensemble cast as a teachable moment, a guru of sorts, and in order to avoid any faux-pas in the representation of said minority character, ends up being too perfect and a bit boring. Jamie-Li is a guilty pleasure to write – she’s unwoke and unaware of it, though she has good intentions, thirsty to a fault and living what she sees as her best life. She’s the worst, heightened version of me 5 years ago mashed with the basic bitches we all love to hate. 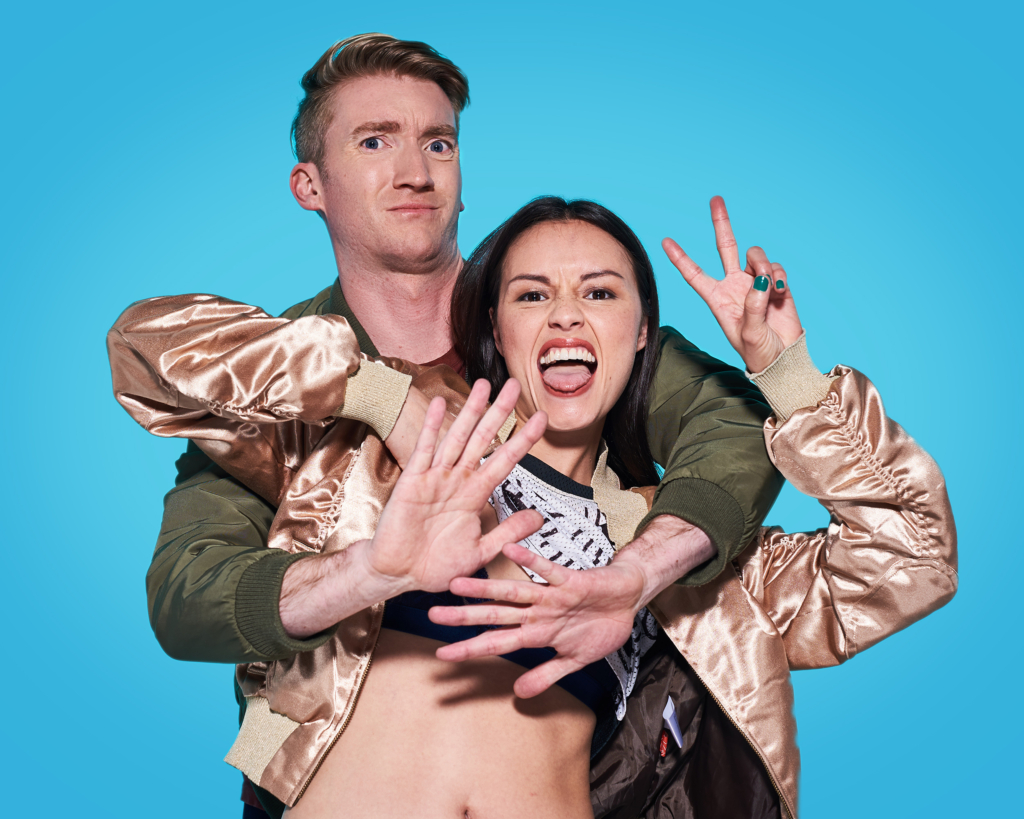 How was it working with Cole Jenkins? And what do you think each of you brought to the table?

CL: Having a co-writer was hard at times – we’d talk to each other in and out of tangles of storylines – but ultimately it was the perfect process for the story. Cole is great at dialogue, I’m good at story, and when one of us was struggling the other could pick up the slack with fresh eyes. Collaborating is fun, takes the pressure off and we came out the other side closer than we’ve ever been, if possible. It was also important to us to have collaborators with eyes on experiences that aren’t our own – we were really lucky to have actors who were willing to contribute to re-writes and add nuance like Sarita Das who plays Mich, a non-binary colleague of Jamie-Li’s.

While LGBTQI themes are still not normalised in mainstream media, there’s been a rise in the quality and number of web series today that portray queer characters in authentic ways, focussing on their everyday struggles and relationships. Where their sexuality isn’t the apex of their character development. How did you go about creating the character of Curtis, and the journey that he goes through?

CJ: Like Jamie-Li, Curtis’ development started from a lot of lived experiences. Particularly from when I was a younger, newly out gay man. It was important to us that Curtis didn’t completely embody the stereotype of the over-sexualised, white-gay guy who was defined by his sexuality. In fact, Curtis actively shuns that stereotype which opened up conversations around toxic masculinity, gender roles and internalised homophobia, something that is worryingly present in the gay male community at the moment. These are all things that I have had to overcome and still struggle with to some degree and I know many gay cis males my age do too. I think we found a nice balance between featuring that narrative while also honouring the sexy, thirsty gay narrative too.

Why comedy? Do you (or both you and Cole) think of yourselves as interested in comedy first and foremost?

CLH: I was always a moody drama girl growing up, so this feels very out of my comfort zone as a creative. That said, I admire comedians like good friend James Roque (co-founder of PAT) who uses humour to broach taboo subjects, across a range of styles from clever to just stupid fun. Maybe because I don’t see comedy as an inherent skill or something I fully understand yet I was keen to give it a go. I think it’s important to see and create QPOC narratives that aren’t centred in trauma; as much as that is an important shade of our story, it can become the singular narrative, which gets pretty sad pretty quick. There’s no reason we can’t have it all.

What do you hope watchers will get out of this?

CLH: Something that joins a global conversation from New Zealand storytellers, and a good laugh.

What else are you working on at the moment?

CLH: I’m working on more screenplays – I’m keen to take this experience and expand my learning, whatever ends up landing I know I want to make more. My theatre company Proudly Asian Theatre are making shows and running initiatives continually, and I’m heading to LA for a couple of months to do some scouting there.