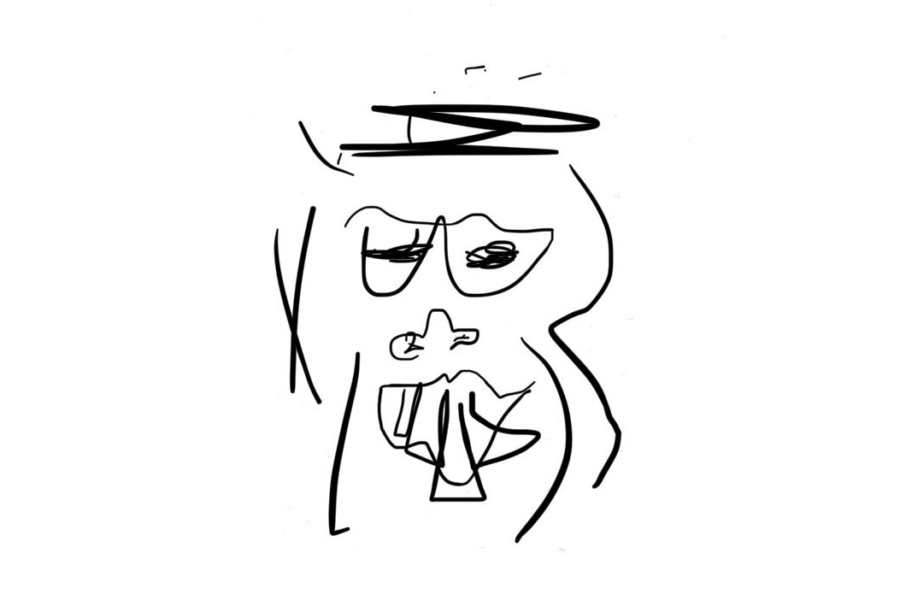 courtesy of the author

The thing about me is that I’m not quick on my feet. I’m not crafty like that. I like to do things slowly and with deliberation.

But what does your sister do, I asked.

Ah, I said, is she older or younger than you.

She’s younger, she said, believe it or not.

On the way back from the writers’ workshop in Levin we stopped at the supermarket.

She bought a twelve-dollar bottle of red wine and some black liquorice. I grabbed a chicken roll from the deli counter and a can of feijoa fizz. When I went to pay at the counter, next to the aisles where they tempt you to buy shit – where there’s gum and chocolate – there was a long container box of dogs all rolled up in cellophane like plastic umbrellas. All their little heads and their long bodies. All rolled up tight. Like lollipops. I dropped the girl off in Wilton at her sister’s house.

Have a good week, I said, hope you get some writing done.

On my way to Makara I stopped at woof woof ruff. There were a few dogs and dog owners scattered sporadically around the park. The sky was deep grey and it was still early afternoon. I took the cellophane wrapped dog from the boot and walked with it under my arm through wire fence. I placed it on the grass, and, starting from the top where its head was, the crunchy cellophane swirled round and round as I unwrapped it. After I took the packaging off, the dog lay stiff and still in the same cylindrical conical shape. Its body and its fur still squashed and tightly compacted. Then, all of a sudden, the veins in its neck twitched and its fur began to puff. Four legs popped out of its long body all at the same time like aeroplane landing gear. It shook its head and its eyes rapidly blinked twice. Next, it stood up on its skinny dog legs and shook its body like it was drenched in invisible water. Playfully it rolled down the side of the hill. I continued to walk. I thought about the writer’s retreat. What kind of story should I write to set the tone for my collection. How much time should I spend at my mum’s house before going back to the city. I kept walking along the top of the hill as the dog ran around me and up and down, and up and down the hill. Then it stopped to take a shit and I thought, fuxk, I don’t have any bags. As I watched the dog squat down on its hind legs, I noticed that its shit wasn’t brown and faecal like the other dogs’ but white and milky with spots of red. Like someone had put an onion through a mincer and mixed it with red skittles, which then bled and tainted the oniony mixture. I looked around the dog park. The big lady with the plush black Doberman, she knew.

You have to pick up your dog’s shit, she said, you can’t just leave it there.

This is my last bag, boy, she said, you better hope Buster doesn’t need to shit again.

She threw the bag in my general direction and walked off. As I turned the bag over in my hand and knelt down, I noticed the oniony mince had a mechanical smell to it. I took it to the poo bin attached to the fence at the top of the hill. I threw the little green bag in the bin and thought of a skit I could write for a sketch show. I could jump out of one of these dog poo rubbish bins. Of course, someone would have to replace all the dog shit in the little green bags with lint. And, someone else would have to clean out the rubbish bin for me. Then I thought it would be too much effort for what the joke was worth. I left the dog park and went back to my car. I opened the back door and the dog hopped in. Its fur was soft and voluminous now. Around its neck it had an excess of skin and fur which sagged and drooped. It was impressively white with patches of the same shade of orange as an orangutan’s fur. It sat patiently in the backseat, staring blankly into the distance as I drove.

When I got to my mum’s house, she instantly took to liking the dog.

Maybe I’ll just leave it here, I said, it can be yours.

My mum cooked pork chops for dinner and made an apricot chutney. Her house was all made from wood. As we watched the evening news after dinner, my mum sat on a sheepskin rug on the floor in front of the fireplace with her back against the couch.

Would you like me to massage you, the dog asked.

Next it climbed up on the couch and started to rub its paws all on my mum’s back.

My mum moaned in relief.

Mmm, that feels so good, she said.

Actually, I asked, turning to the dog. What is your name.

My name is Xièxie, it said.

Yes, but I prefer to be known as Chi-Chi, Xièxie said.

That night when I was going to brush my teeth, I overheard my Mum talking to Xièxie about some problems she was having at work while she was washing the dishes. Xièxie sat on the benchtop counter. I stood around the corner by the wooden wall and listened.

Well, Xièxie said, have you thought about creamy cannelloni stuffed with nettles.

No, she said, I haven’t. But that’s a really, really good idea.

It was so mysterious what they were talking about. Like they were talking in another language. Changing the meaning of words and using them out of context. When I went to go for a piss in the middle of the night, I noticed the light from the oven was still on. As I walked past, I saw my Mum’s hands all covered in creamy, cheesy sauce as she wrestled with rectangular pieces of limp pasta. She couldn’t make them perfectly cylindrical and they were all sloppy and sloshy as she sloshed them into the glass Pyrex container.

Nothing, she said, go back to bed, my sweet.

I decided to spend the week at my mum’s house. To concentrate on my writing. To get away from the distractions in the city. As the days went by, the bond between my mum and Xièxie began to strengthen. They would have conversations in the kitchen late into the night. They used words and facial expressions that I had seen no human make before in my life. On Friday a terrible event was announced in the news. I surveyed my mum and Xièxie as they watched the broadcast. They did not move. Now their mode of communication had surpassed speech. Twitching with their eyes, I could tell they were understanding each other and having a conversation right there in the living room. I felt it.

As I was lying in bed, I tried to make the connections work in my brain. I tried to send my thoughts to the next room. This is a thinking thing, I thought. Sending out a thinking thing to anyone who is willing to listen. I closed my eyes. Concentrating on the thinking thing. Outside my door I heard it. I walked over to the door and saw Xièxie sobbing outside of my mum’s door. It had its snout in the drafty crack at the bottom of the door.

A blind rage began to come over me. Red blinds. I pointed with my finger.

It had tears in its eyes.

I clicked my fingers and pointed again downstairs to the kitchen door.

Outside the moon was two days away from being full. It lit up the backyard like a stage set for some Shakespearean play. In front of me Xièxie sat on its hindlegs. Its head lifted up to the moon. Exposing its long neck. The baggy tuft. I grabbed it and wrapped my hands around its neck. With my two thumbs I pushed down on its throat. Still it made no sound. It was trying to stay as still and as silent as it could. I squeezed harder until I could feel where the joints of its vertebrae met. Applying force, I wrestled and wrangled its neck. Its eyes began to pop out and out of the corners the same oniony slime oozed out. Then its neck made a clicking sound. A snapping sound. I let go and it fell on the damp grass like a wet rag. A wet towel. The veins in its neck, I could see, still twitching. I gently placed my heel on its head and lifted my body weight to come down on it with pressure. A surge of electrical energy ran through my body. I washed my hands under the squeaky outside tap. The water was cold and solidified the oniony slime I had on my hands. I wiped my hands on my white t-shirt and took it off. I shivered at the initial cold chill. But my body radiated heat. I wrapped the dog in the white shirt. Even though it was a supermarket thing, it felt like a sacrificial thing. I scooped my hands under it and placed it into the green wheelie bin. Biodegradable. Holding on to the tone. I closed my eyes. Lifted my head. Like a forklift. Lifted my arms to the moon.